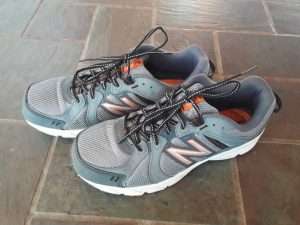 Five paces outside the Super-Ultra-Mega-Hyper-Loop train from LA, Carston Thurgood the Fourth cursed a blue streak, bumped his friend out of the way, and knelt by a column to retie his shoelaces.

“What’s up, old man?” Raj Singh said as he too stepped into the column’s lee, sheltered from the rush of commuters into Grand Central Station.

“These torsing slick, dress shoelaces won’t stay tied,” Carston replied, frowning deeply. He finished the knot, stood, and merged quickly into the flow with Raj rushing to catch up.

“Did you see the Neutrons game last night?” Raj said.

“Oh, yeah, that was awesome, and Santini… Torsing laces,” Carston said, ending with an exasperated shout. He threw himself toward the wall on the right and would have body-slammed Raj if not for his buddy’s lightning-fast reflexes. Raj stood fast against the flow and watched Carston tie a bow that lined up with toe and heel. Then Carston was off before Raj could comment.

“Say, old man,” Raj said as he came up beside Carston.

“Torsing…” Carston roared and dropped to one knee right in the flow, tripping a woman immediately behind.

Raj lunged forward, caught the woman chastely, deftly spun her about, and set her back on her way with an apology, thus avoiding a nasty fall and lawsuit. She thanked him for his efforts with a string of salty, electric words.

Once again, Carston was surging forward with the crowd while Raj struggled to regain lost ground. Again, Carston stopped dead, pulled his legally licensed, hidden-carry, BlastEmAll Pulse Plasma Hand Cannon from inside his jacket, and took aim at the untied laces on his left shoe. Raj quickly put his hand on the gun and flipped the safety on before Carston triggered a discharge.

“It’s not worth your foot, old man,” Raj said firmly.

“The gun’s on low,” Carston growled.

“You’d still get a nasty burn,” Raj replied. “The problem is the knot, not the laces.”

Raj guided Carston over to a nearby bench.

“You’re tying a granny knot,” Raj said and pointed at the right shoe. The bow, in line with the shoe, was still tied, but clearly loose. “It’s a weak knot; scientifically proven. You need to use a square knot instead.”

“And how many times have you retied them?”

Then Raj taught Carston how to tie a square knot with a bow neatly aligned side-to-side.

The rest of that day was hectic for both Raj and Carston. Meetings and visitors kept the two apart. When he came to collect Carston for lunch, Raj saw the man herding a group of Bolivians into the elevator. Carston looked over his shoulder at Raj and raised his hands in a ‘what can I do’ gesture. At mid-afternoon break, Carston found Raj surrounded by Iranian clients, and passed on by the crowded office.

It wasn’t until the end of the workday that Raj found Carston alone in his office, preparing to leave. Carston had his back to the door when Raj approached and leaned against the frame.

“The laces were fine all day,” Carston said as he turned around slowly and gingerly, like an old man.

Raj saw a gaping hole in the crotch of Carston’s slacks, the edges black with carbon scoring, nothing but white paper towels between all the world outside and the package within.

“It was the torsing zipper that pushed me over the edge,” Carston said, hobbling forward.

Raj suppressed a grin and shook his head in sympathy.